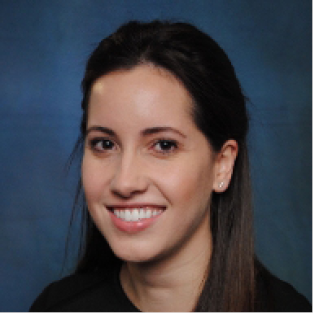 Dr. Christina Kraus provided us with an insightful talk on vulvar disease, an often multifactorial disease that is challenging for both the physician and the patient. Case 1 demonstrated a case of cutaneous Crohn disease presenting with vulvar edema and inflammatory vaginitis. Case 2 was a patient with vulvar lymphedema/acquired lymphangioma, a complication of anogenital/pelvic malignancies and IBD. Case 3 was a patient with erosive vulvovaginal lichen planus, which usually requires systemic immunosuppressants and in this case improved significantly with several months of tofacitinib. Case 4 was a challenging case of lichen sclerosus with recalcitrant vulvar pruritus. Dr. Kraus walked us through a helpful algorithm for management of vulvar lichen sclerosus with or without concomitant inflammatory skin conditions. These patients should be evaluated for concomitant vulvar conditions including genitourinary syndrome of menopause (vulvovaginal atrophy), vulvovaginal candidiasis, steroid dermatitis (different than steroid atrophy), allergic or irritant contact dermatitis or lichen simplex chronicus, and other inflammatory dermatosis overlap. For cases of recalcitrant lichen sclerosus, intralesional TAC (10mg/cc) can be used for eroded/hyperkeratotic areas, and systemic therapy may include methotrexate, acitretin, hydroxychloroquine, oral steroids, TNF-alpha inhibitors and dupilumab. Repeat punch biopsy should also be considered to rule out malignancy. Some clinical pearls for the approach to vulvar disease include topical numbing with lidocaine cream prior to injection of lidocaine, snip (modified shave) biopsy approach, demonstrating the correct amount of steroid ointment to use for patients, and emphasis on the importance of maintenance therapy in lichen sclerosus to decrease risk of scarring and malignancy. 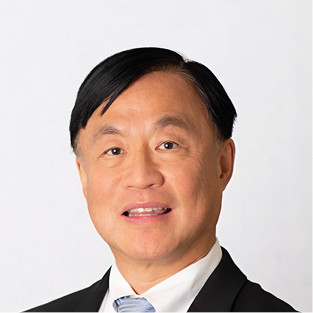 Dr. John Koo reviewed the atopic dermatitis spectrum disorder, which includes not only atopic dermatitis but various other conditions that are part of the eczema family. Therapeutic options for the eczema family can be divided into topical medications, phototherapy, systemic medications, anti-pruritics, and other modalities. The key to treating eczema is to control the itch, and Dr. Koo’s first therapeutic pearl focuses on oral doxepin which is the most powerful anti-itch agent that we have. The dose can be increased up to 300mg per day and trough blood level should be checked. His second therapeutic pearl is to use gabapentin for pruritus control, with usual dosages from 300-900 mg/day (maximum allowable dose 3600mg/day). His third pearl was on transcutaneous nerve stimulation (TNS) which is a form of analgesia that is also effective in ameliorating itching, and TNS units are affordable and readily available to patients. His fourth pearl focuses on excimer laser as a successful treatment for prurigo nodularis. Therapeutic pearl number five was on the use of short-term cyclosporine for 3-6 months in young healthy patients with treatment resistant eczematoid rash. His sixth pearl is that dupilumab works well for prurigo nodularis, hand eczema, idiopathic chronic eczematous eruption of aging, nummular eczema, which are all part of the “atopic dermatitis spectrum.” Topical delgocitinib is a JAK inhibitor effective in atopic dermatitis, but unfortunately may never be available in the US. However, we do have new topical agents such as roflumilast (PDE-4 inhibitor) and Ruxolitinib (JAK 1 & 2 inhibitor) available, as well as newer systemic agents in the pipeline. 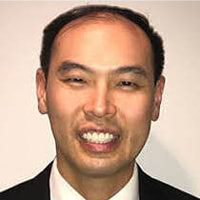 Dr. Jashin Wu reviewed biosimilars.  Per the FDA: “A biosimilar is a biological product that is highly similar to a US-licensed reference biological product for which there are no clinically meaningful differences in safety, purity, or potency of the product.” Biosimilars are not generics and are also not better (or worse) than the originator.  Biosimilars were created to reduce costs.  There are already 2 infliximab biosimilars on the market.  In 2023, there will be at least 9 adalimumab biosimilars on the brought to market.  It’s not clear when the 2 etanercept biosimilars will be brought to market.

Precision medicine in psoriasis is here.  Approved on September 1, 2022, spesolimab is an interleukin-36 receptor inhibitor indicated for the treatment of generalized pustular psoriasis (GPP) flares in adults.  It is also under investigation for the prevention of GPP flares, palmoplantar pustulosis, and hidradenitis suppurativa. The phase 2 trial Effisayil showed that a single 900 mg intravenous dose of spesolimab was significantly more likely to reach 0 on the Generalized Pustular Psoriasis Physician Global Assessment (GPPGA) pustulation subscore at the end of week 1.

Mind.px is a FDA-cleared painless, minimally invasive test to predict drug response to each biologic class.  It has a 92% positive predictive value with a turnaround time of 14 days.

Poster of the Day